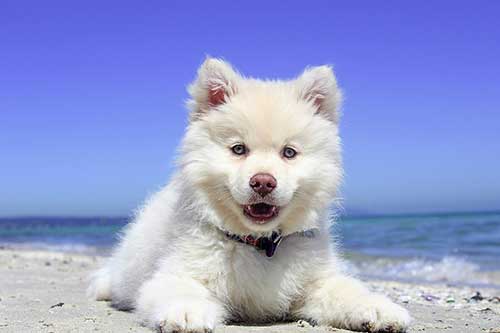 Dogs are man's best friend, which is why they deserve a special day to celebrate all of the wonderful things about them. In honor August 26th being National Dog Day here are some fun facts about dogs, brought to you by our top dog trainers.

If you've ever seen a newborn puppy you may have noticed that their eyes remain closed for quite a few days after birth, and they don't respond to voices or noise. That's because puppies are born both blind and deaf. There's nothing to worry about though; it's simply a product of evolution and the two major senses will begin functioning properly when they're a few weeks old.

No matter how sharp you think your hearing is, a dog will always have you beat. Puppies may be born deaf but a grown dog's hearing is four times more keen than a human's. Dogs can hear much higher pitched sounds than us, hearing best at 8,000 Hz (for comparison, a human hears best at 2,000 Hz) and can detect a frequency range from 67 to 45,000 Hz.

Have you ever noticed that once someone in the room yawns, many people are quick to follow? Yawning is actually highly contagious and not just for humans. Research has shown that a dog watching its owner yawn is highly likely to yawn back in response. They react more to genuine yawns than fake, which suggests that yawning is truly just as contagious to them as it is for us.

Dogs are well known for their sense of smell, and for good reason. They can smell roughly 1000 times better than humans, and depending on the breed they can have as many as 300 million scent glands inside their nose (as opposed to the meager 5 million that humans have). The section of a dog's brain that controls smell is 40 times larger than ours even though their overall brain is much smaller than ours, which says something about the importance of smell for them.

If you ever play Sgt. Pepper by The Beatles around your dog, you may want to watch them for their reaction. At the end of A Day in the Life, Paul McCartney added a special ultrasonic whistle near the end of the song that is only audible to dogs. This fact, which used to be just a myth, has recently been confirmed by McCartney himself.

A Little Bit of Color

It's a popular myth that dogs are severely colorblind and can only see black and white, but it's actually been debunked. Veterinarians have found that dogs can see in color, though they can also really see in blue, green, and yellow, and various gray shades, and cannot see red. So yes, they can see in color, just not as many or as vividly as we can.

Much like every human has unique fingerprints, the prints on a dog's nose are completely individual to them. They can actually be used to identify them. The shape is also exclusive to them, and the color can change either because of a burn or by a change in the weather.

Dogs are fascinating animals, and have many qualities that make them special. Here's to a whole day in celebration of man's best friend!

Do you have any questions or concerns? Contact Dog Training Elite today for professional dog training services and useful advice, we're happy to help!